A downloadable game for Windows, macOS, and Linux

Personal Trainer: Darnel is a gay/bara game. Meet Darnel, choose his exercise, and help him unwind with a massage.

The game is short and is only meant to give an idea of how sex will be in my future games.

For more information about future  games follow me on Patreon.

Will, there be an android version soon?

I'm currently working on other projects so no but I am working on making future projects playable on Android.

'Download Now' Link is broken. I've tried numerous times and numerous ways to try to get the game running, but it just won't.. grrrr.

1) Instead of downloading to my hard drive, folder goes to MEGAsync.

2) Personal Trainer Daniel v0.0.exe doesn't come up as an 'Application', it says it's an 'Executable'., which I've never seen before on games that actually work and go to my hard drive.

3) Even though the folder has UnityPlayer.dll in it, it still doesn't want to run the game... a pop-up appears saying: "The code execution cannot proceed because UnityPlayer.dll was not found. Reinstalling the program may fix this problem". But that's a load of BS because I've downloaded UnityPlayer.dll twice: both the 'Standard' and 'zip' versions.

4) I have WinRar, so it still shouldn't be a problem to run.

5) I have download the game to my PC / Tablet numerous times and removed/delete it numerous times after each re-attempt to get it to play through various ways... at present, I have 2 copies of the download, but still doesn't work/run on one copy.

6) I'm getting fed up and frustrated and then came here to complain/point out the problem before I start pulling my hair out !!... WTF is going wrong?.. is it because the file is v0.0 ? .. usually there's a number in it, like, eg: v0.1 to indicate there's actual content ?

My Tablet is a Microsoft pro surface 4 with Windows 10.

That'd be bloody right... spent an hour + trying to figure out many ways to get it to run > came here to game page to vent steam > then in MEGAsync I found a button "Download to zip" which then saved to WinRar hard drive > which gave me the 'Application' = Game running.... Ugh!

I won't delete my original comment for just incase someone else has the same problem and can get the answer from my frustrating experience :D lol.

Can we get Android version too please? :)

its not working on macOS

The game is not working on macOS platforms!! :(

the controls are a bit too sensitive and the text goes by a little too fast cause of this.  Regardless, Darnell's peen got me hooked

Sorry if this is spam but itch.io has no way of sending PMs. :(

I'm from Soulsoft Electronic arts. ( https://soulsoftea.itch.io ) Sooo I'm hosting a Game Jam on itch.io. It's called BARAJAM and like the name suggests, it's theme is bara. Would this be something you'd be up to participate in?

Here's some info links, hope to see you there!:

Awesome yeah I saw you join our Discord! Thank you and welcome! Can't wait to see what you come up with! Let me now if you need anything :) 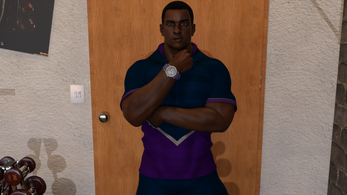 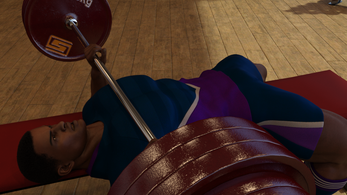 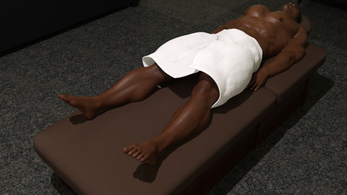 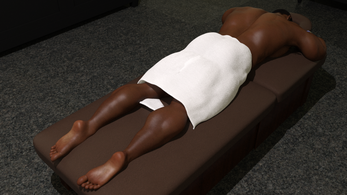